Blue
A Member Of The Shameless Lions Writing Circle. 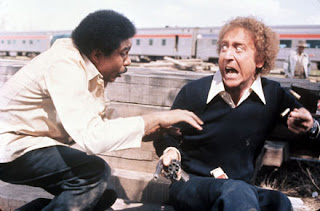 I'm beating my head against a brick wall tonight. Please don't mind me while I vent a bit. I sometimes have to actually remind myself to breath.

Dan had a doctors appointment today to discuss his latest blood work-up for his cholesterol, high blood pressure etc.

The readings were not good. He's off the Cholesterol medication because it hurt him, however his readings said that his Cholesterol has doubled in six months.

We are eating fatty fish three times a week. I cook and serve only olive oil. We eat high fiber grain bread. I've reduced salt. (His sodium levels are down) I've taken great pains to do portions and try to moderate what he eats. He exercises. He walks (runs) the damn dog.

What the hell am I doing wrong? I know he is genetically pre-dispositioned to high cholesterol, but I've read everything I could get my hands on and was doing it all right!

Tomorrow we start Pomagranate Juice, Grapefruit Juice and Cinnamon. The alternative is making him take pharmacuticals that will make him feel worse than better.

Tonight, I could just look like Gene Wilder when he was thrown off the Silverstreak one time too many.

I had to moderate my last line of this post. I apologize to those that might have been offended. I was pissed.